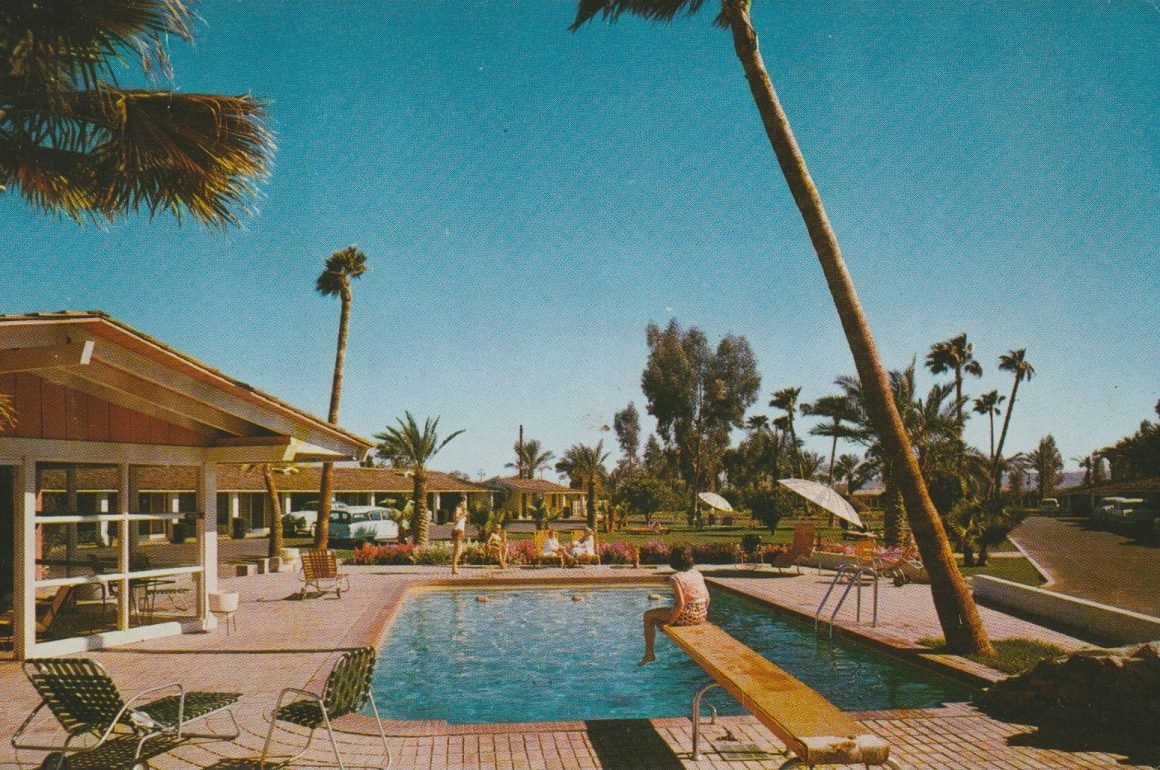 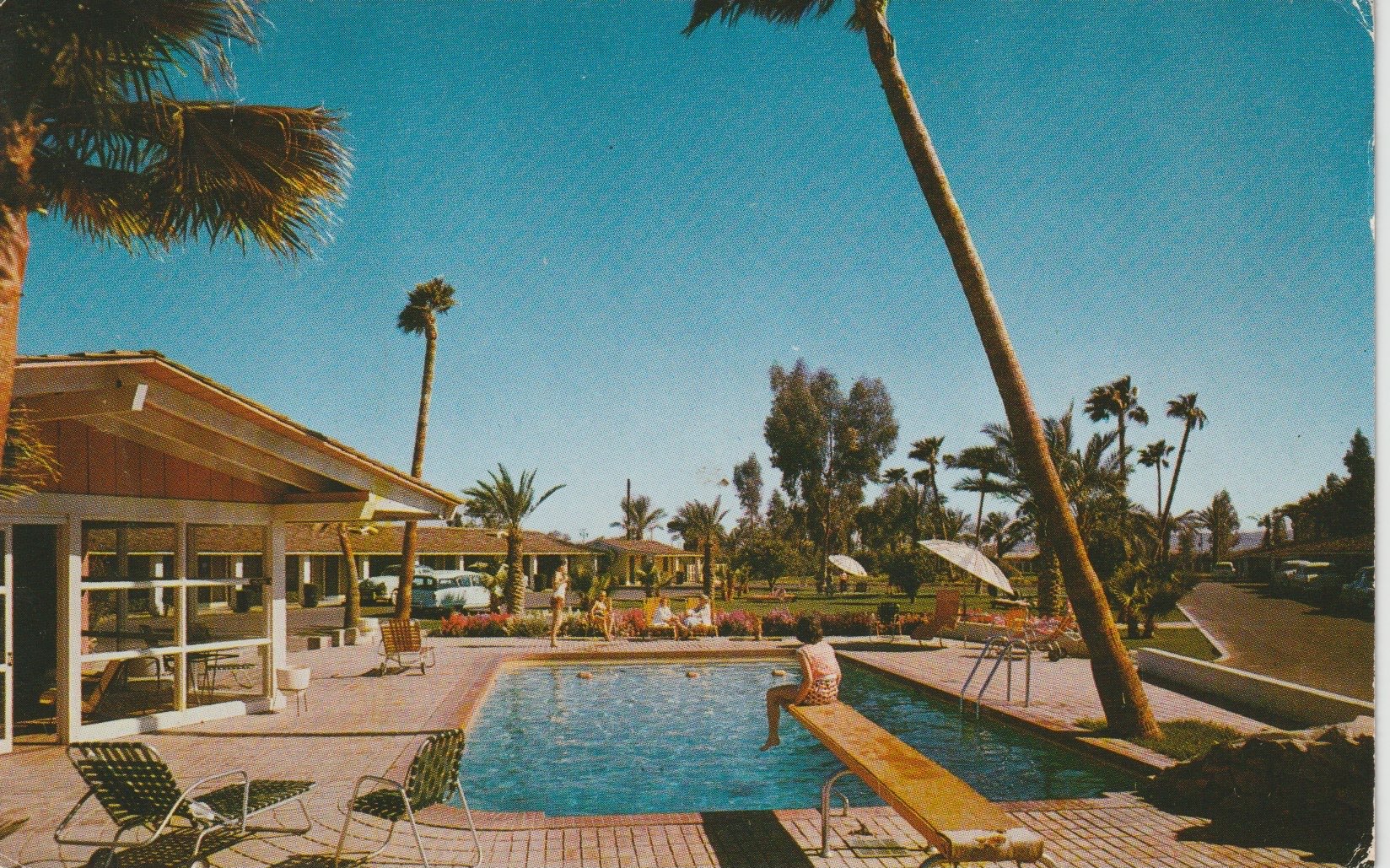 Going back to my family’s hotel, the year now is 1963, about 8 years before my parents bought it. This postcard was sent March 2, 1963 from Ed and Lucille To Mr. and Mrs. Luedke in Racine, Wisconsin.

“Sure is nice here & we are relaxing in the Valley of the Sun. Got out here in 2 ½ hr.by 707 Boeing Jet. 125 aboard. Nice smooth flight. Mts all around us. Gets up to 80 degrees & better every day. We spend lots of time sitting around the pool & enjoying the sun. Good places to eat around here & lots to see. People from all over U.S & a few from Wis. We get Racine paper. Not such nice weather home yet. Will stay for a while. Hate to leave here. Going to Palm Springs to see Lucille  sister. Ed and Lucille Herman.

I love that Ed and Lucille flew to Phoenix, on a 707. The 707 ushered in the Jet Age, which accelerated growth in the Valley of the Sun. I imagine Ed and Lucille, dressed up, elegant and having cocktails on their flight. It’s the middle of March, wherever they came from. Somewhere cold, I am certain of that. Racine weather that day was mostly cloudy with light snow and flurries, 15 balmy degrees and wind.

I have several copies of this postcard, but chose to write about this particular card because it is sent to a couple living in Racine, Wisconsin, a couple of hours from my home town. Looking for R. Luedke in Racine, 1963, leads me to lots of articles, including a Luedke family who moved homes within Racine and a babysitting rotation set up in efficient military fashion. Mrs. Luedke was interviewed at length about sharing baby-sitting duties with other young families in her neighborhood.

A second article showcases the earth-shattering news of a push button phone. Oh MY! Replacing the dial with push buttons. Who would be the first in town to have such a technological advancement?!!

In Arizona that day, Lucille and Ed would have read about The Salt River Project which had a large ad, offering rebates and cash incentives to homeowners who would like to upgrade their homes and appliances. “You Live Better, Electrically in the Area Served by Your Salt River Project”. Unemployment numbers around the US were growing, but in Phoenix, “computer generated” jobs were booming. The Valley of the Sun was home to a “computer community” near Fort McDowell. Who knew that tech and Silicon Valley actually started in the Valley of the Sun! I see an entire TV series a la Mad Men, but full of entrepreneurs, cowboys, ranchers and the film stars, all of whom hung out in Phoenix.

One of the Luedke headlines from Racine says, “Curtis Stoffel, Helen Luedke Plight Troth”.  That cannot be more awesome. I hope that this young couple is somehow related to Ed and Lucille. Fashion pages show vintage Jacqueline Kennedy in chic, tailored dresses, hats and gloves.

Our couple must be from Racine, since they commented on weather and reading the Racine paper. I am sure they ventured out for cocktails at one of the many, many Scottsdale Bars, or the Jokake Inn, or Camelback Inn, Biltmore, Valley Ho (Jetson’s in the Desert). I see Lucille getting dressed up, a cab coming to the Stagecoach Inn to pick them up and a steak and lobster dinner somewhere fabulous. They would have been a bit early for orange and desert blooms, but perhaps they stayed through March and into April to experience those glorious scents and sights of the desert in bloom.

As for the Stagecoach Inn. Sometime between the last postcard I wrote about and this one, at least one pool was installed. By the time my family owned the property, this pool was covered and gone – perhaps too close to the street. The second pool was toward the back, behind rose gardens.

In any case, here’s to the lovely spring weather in The Valley of the Sun and all those glamorous people of the 1960’s!

Off to summer in Phoenix! 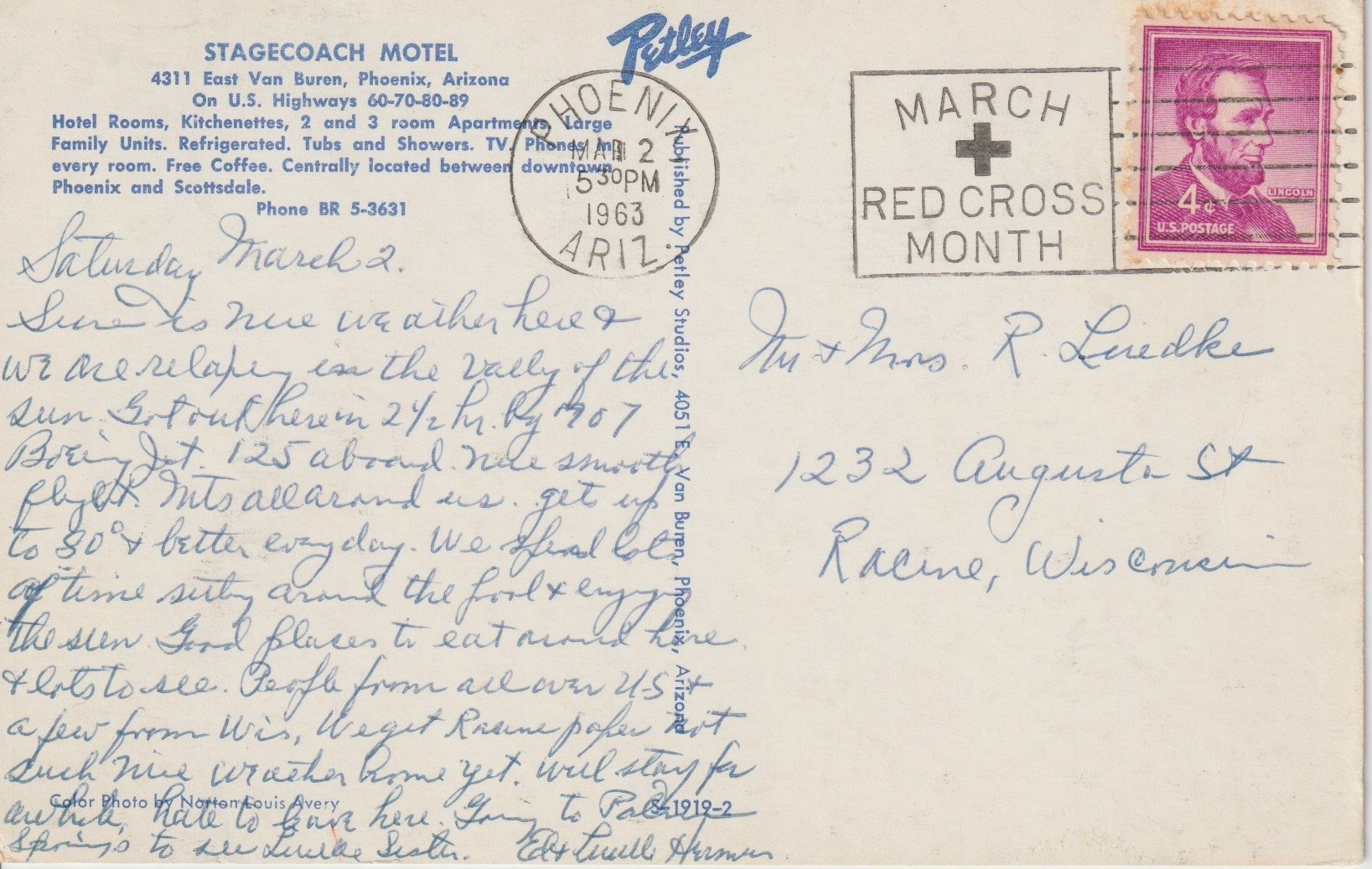 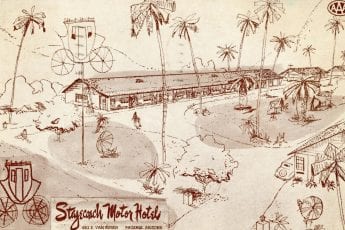 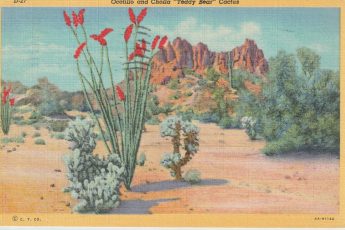 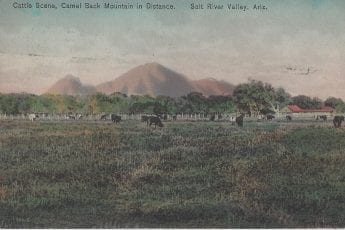