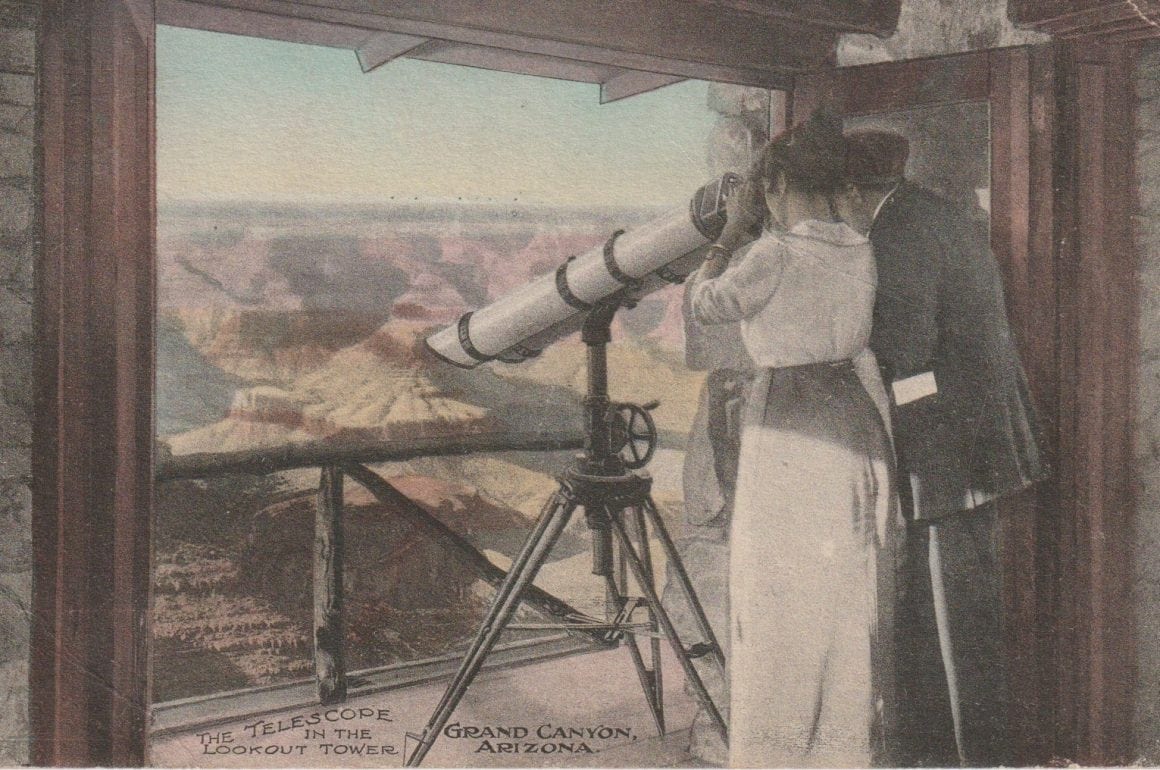 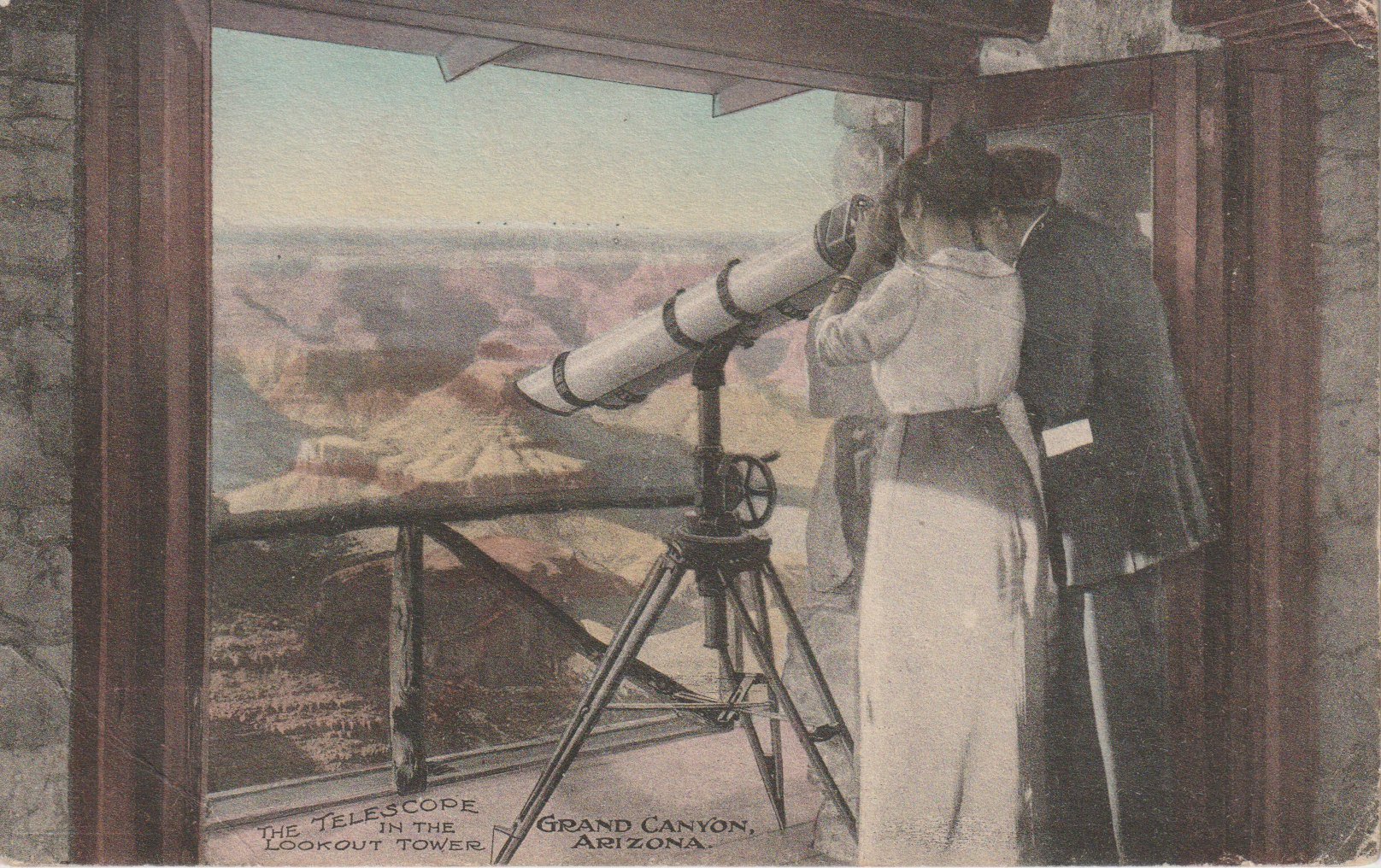 Some postcards are art. This is one of those cards. It is lovely, composed, and hints at a story all by itself. Are the man and woman a couple? Married? Father and daughter? Mother and son? Cousins? Traveling companions as part of a tour group?

The front of the postcard says, “The Telescope in the Lookout Tower” “Grand Canyon, Arizona” The back notes that this is a hand-colored postcard, with spaces clearly labeled for address and message. Postcards were authorized by an act of Congress, defining and delineating space for the address and space for the message. When the first postcards were authorized in the US, no message was allowed by Act of Congress on the address side of the card. No hyperbole here. That’s why the back of this card says “THIS SPACE FOR ADDRESS” and “THIS SPACE FOR MESSAGE”.

Transcribed as written with no corrections:

The writer says, “Dear Viola. Just a few lines to let you know that I am on the way yet. I will write to you when we get to Los Angeles, the trip is great and the sight to see hear, All the hills and Mtn. are wonderful to see. By, by Carl must be lonesome by know. Ha, Ha, Monica” Sent to Mrs. Viola Streight of Bloomfield, Iowa.

I wonder if Carl was the boyfriend, who couldn’t quite propose and whose love, Monica, left him to ponder, while she traveled?

And now, without trying, I’ve arrived at yet another woman who is remarkable in a time when women weren’t all that free to be remarkable. Mary Colter is recognized as the architect and interior designer of many buildings at the Grand Canyon. She traveled the Southwest, visiting Pueblos and ruins, incorporating those design elements in her buildings. This building was designed to blend with the irregular edge of the Grand Canyon itself.

Lookout Tower was built in 1914. Agnes Laut’s book, quoted in another post was published in 1913. I wonder if their paths crossed – two adventurous women traveling the Southwest, both appreciating and exploring. Perhaps when I finish reading Agnes’ book, I may find her commenting on either Mary Colter or Lookout Studio.

The photo for this postcard was taken by the Fred Harvey Company, which hired Mary to design and decorate a number of buildings along the Atchison, Topeka and Santa Fe railroad. The Fred Harvey Company ran hotels, restaurants and tourist attractions along the line. The Grand Canyon was an epic stop on the way to the coast. Lookout Studio, where this tower is located was intended to provide visitors with a view into and across the Grand Canyon from the very edge. The telescope allowed visitors to look deep into the canyon without the inconveniences of actually trekking into its depths.

An article, written by Kate Nelson, in New Mexico Magazine, September 2013, describes Mary Colter as, “A chain smoker who appreciated her whiskey, she could cuss out a bellhop one day, a carpenter the next.”  Another woman I love.

As a last note on Mary Colter, she was a schoolteacher in Minnesota, before lending her mind to many great buildings in Arizona and elsewhere in the Southwest.

I would like to have a cocktail party with these badass women; Mary Colter, Agnes Laut, the Wenrich women, their friend Rita, Nell of motorcycle side car fame, Mrs. Walther, who broke all precedent becoming the first lady president of the Phoenix Motel Association, or Mrs. Boeres, who sued her husband in 1920 for half the family business. I’d love to meet the men who knew, worked with, married and courted these women. I am certain they all had incredible trials and tribulations, the insecurities that we all have, but in the end – they persevered. And, along the way, tiny clues in these cards open windows into their lives.

Here’s to more adventures with the wild women of Arizona! 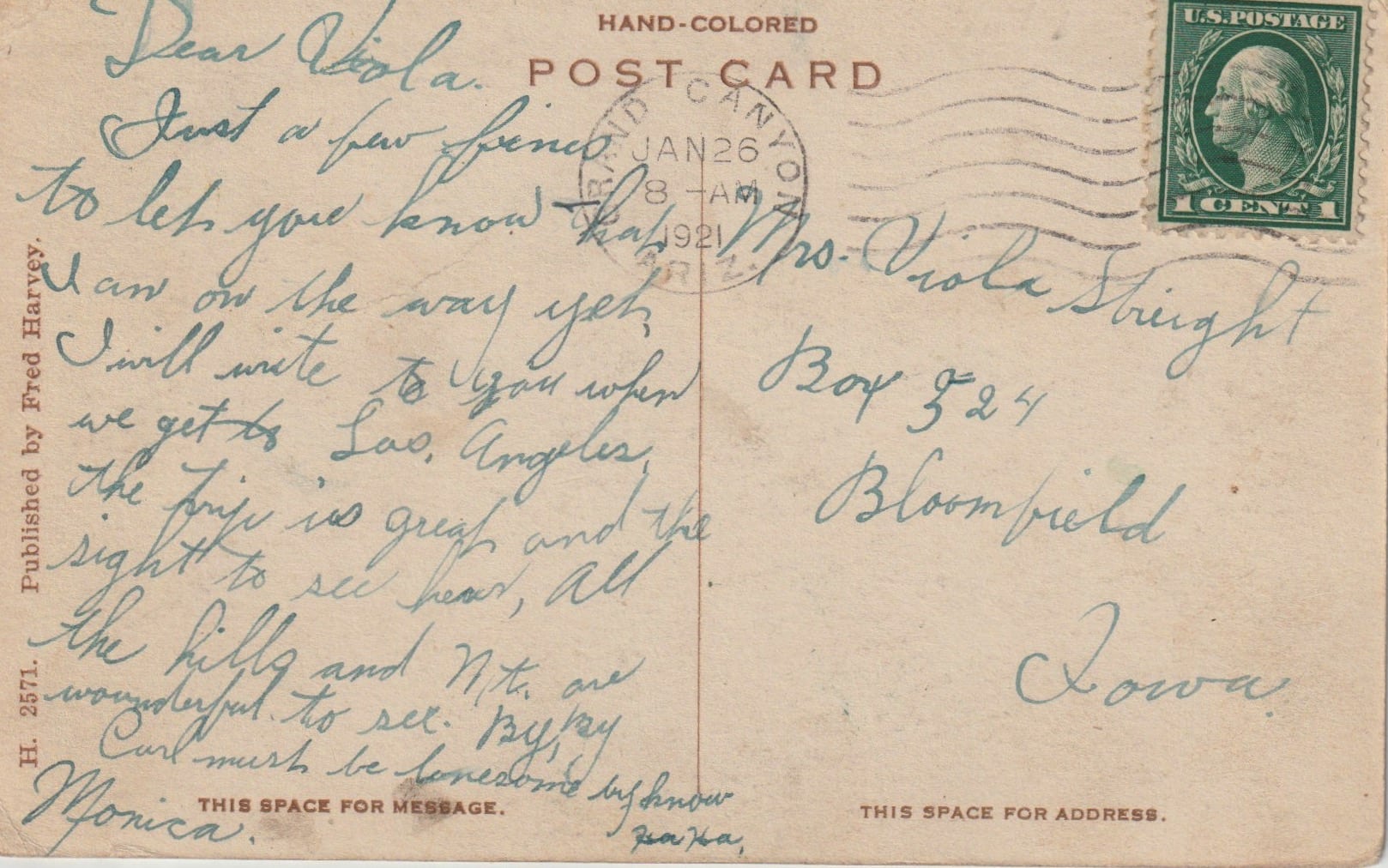 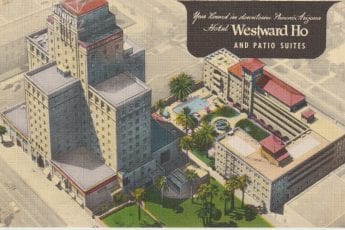 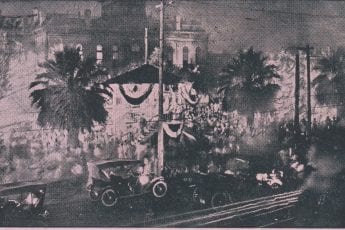 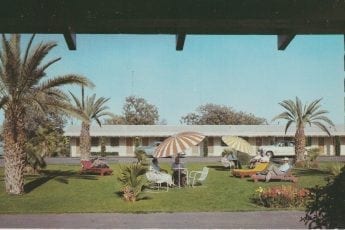